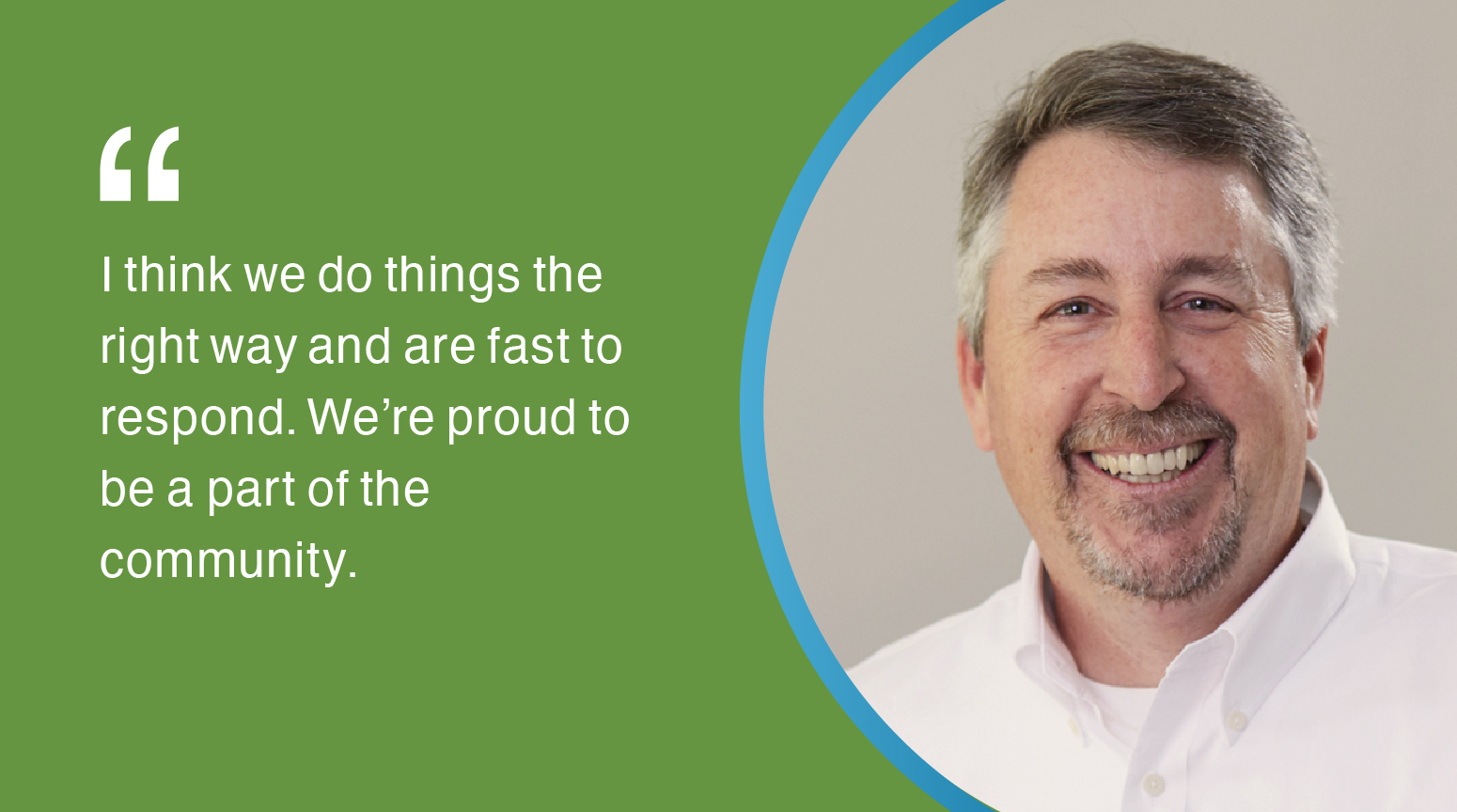 There are a lot of things Dave Williams likes about living in Eugene. It’s not too small and not too big. He loves being able to drive to the coast or the mountains. And he enjoys living in a college town, where he can cheer on the Oregon Ducks.

Living in Eugene most of his life, Dave has come to know the city well. He began his banking career in Medford in 1993 and spent some time in Bend before he and his wife, with twins on the way, decided to return to Eugene to be closer to family. He went into banking by following in the footsteps of his father, who was a longtime Eugene banker.

A few years ago, when the bank that Dave was working at was acquired by a larger company, he decided he wanted to join Oregon Pacific Bank. OPB’s reputation as a true “community bank” is what drew his interest. He wasn’t alone. In all, he and eight co-workers left to join OPB. Dave is now a Vice President and Commercial Relationship Manager in Eugene.

“I like the small-bank feel,” he says. “It’s a team atmosphere here. Everybody is trying to help each other out and help our clients first.”

At various times in his career, Dave has participated in community service projects and has been involved in the Rotary Club of Eugene and the Eugene Chapter of Kiwanis International. In his free time, he enjoys hitting the golf course and attending Duck games.

Dave says one of the best parts of his job is getting to know people in the community and being part of a team that helps customers with business banking solutions.

“I think we’ve got some real knowledgeable bankers here who understand their business and business in general,” he says. “I think we do things the right way and are fast to respond. We’re proud to be a part of the community.”