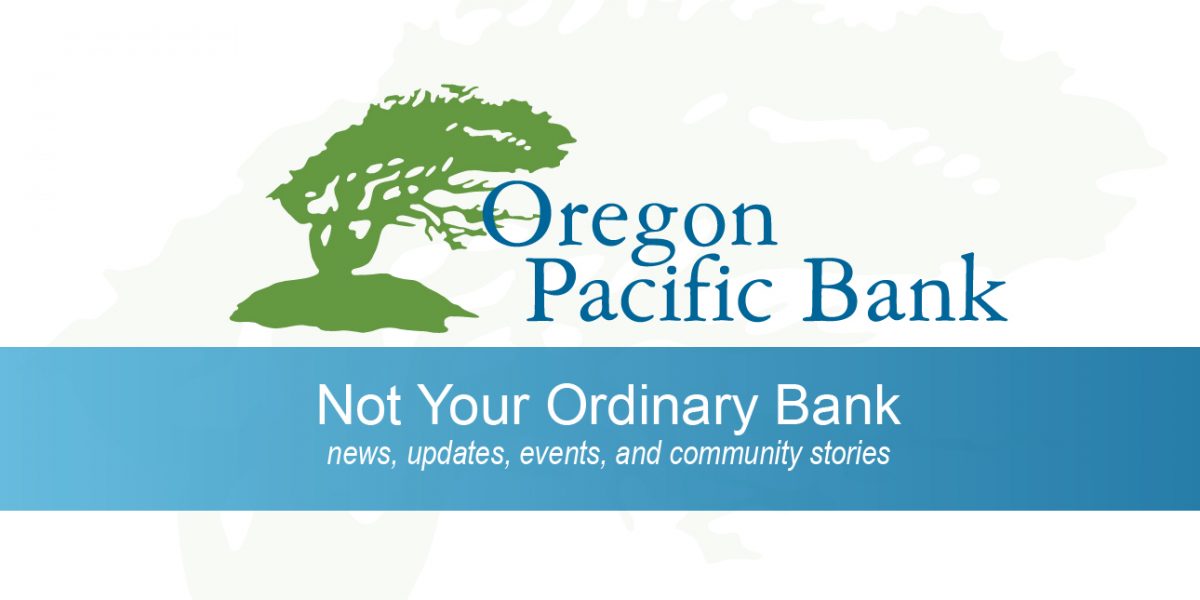 FLORENCE, OR – Oregon Pacific Bank was pleased to honor Robert R. King during the Bank’s 2019 Annual Meeting of Shareholders. King is a co-founder of the Bank and served on the Board of Directors since its founding date of December 17th, 1979. He served in the position of Chairman for twelve years, from 2007 to 2019.

King was approached by co-founder Dr. A.J. Brauer in the spring of 1979 to join a group of local community members and business owners who wanted to form a bank to serve the Florence community.

“It’s been the best experience and adventure of my life.” Says Bob King, when asked about his experience with Oregon Pacific Bank. “Banking is no hay-day, and there have been plenty of ups and downs over the years. What makes me proud of Oregon Pacific Bank is that we’ve weathered the storms and come out on top, with an even brighter future ahead.”

King was vital in helping Oregon Pacific Bank establish its three core principles, one of these being to create value for shareholder investment.

To establish Oregon Pacific Bank, the founding directors reached out to the local community in 1979 and raised one million dollars for the initial capital investment. That investment has grown to an organization with over $322 million in assets per the Bank’s 2019 first quarter financial report.

King always understood that an organization is more than its bottom line. While profitability is paramount to the success of any small business, King is the first to admit that Oregon Pacific Bank would be nothing without its people. This is more than exemplified in the Banks additional core principles: to provide high quality client service, and to treat the Bank’s employees like family.

“It’s the people that I will miss the most.” King shared. “I learned a lot from my fellow board members. As Chair, you must learn to be part of a team, and not just an individual. You need to have confidence in yourself, but also in your team as you collaborate together for a better future.

“As close as I grew to my fellow board members, I am also going to miss the staff. We refer to the OPB family, and that is really something special. I have all the confidence in the world in our executive team and Bank employees to keep Oregon Pacific Bank’s future bright and promising.” Bob King pictured center right along with the Bank’s current Board of Directors.

With King’s retirement from the board also comes the need for a new Chair to be appointed. After careful consideration, Oregon Pacific Bank’s Board of Directors has named Jon Thompson as the new Chairman of the Board, with Dan Jones being appointed as the new Vice Chair.

When asked what wisdom he would like to impart on the Bank’s new Chairman, King answered, “Community involvement. I made it my goal to attend every Bank function and event that I could with my wife Kay, and at all of the branches. It’s important for the community to see the Chair be actively involved in the Bank, and you learn a lot from it too.”

A graduate of Oregon State University, King is well known in the Florence community as the owner of R&R King Logging, Inc. in Florence, Oregon. Although he has now retired from Oregon Pacific Bank’s Board of Directors, he will no doubt still remain an active presence in the community and will always have a role as advisor to the Bank.

“Bob King has been with Oregon Pacific Bank from its inception,” says Ron Green, President and CEO of Oregon Pacific Bank. “He has been instrumental in guiding our organization as a director ever since. For all of his dedicated years of leadership and service, Oregon Pacific Bank is pleased to honor Bob with the position of Director Emeritus, allowing him to serve as a trusted advisor to the Bank’s Board for as long as he wishes.”

If you would like to learn more about Oregon Pacific Bank, please visit our website at www.opbc.com or stop by and see us in Florence, Coos Bay, Eugene, Medford, or Roseburg. You are also welcome to contact President Ron Green directly at ron.green@opbc.com or 541-999-1908.