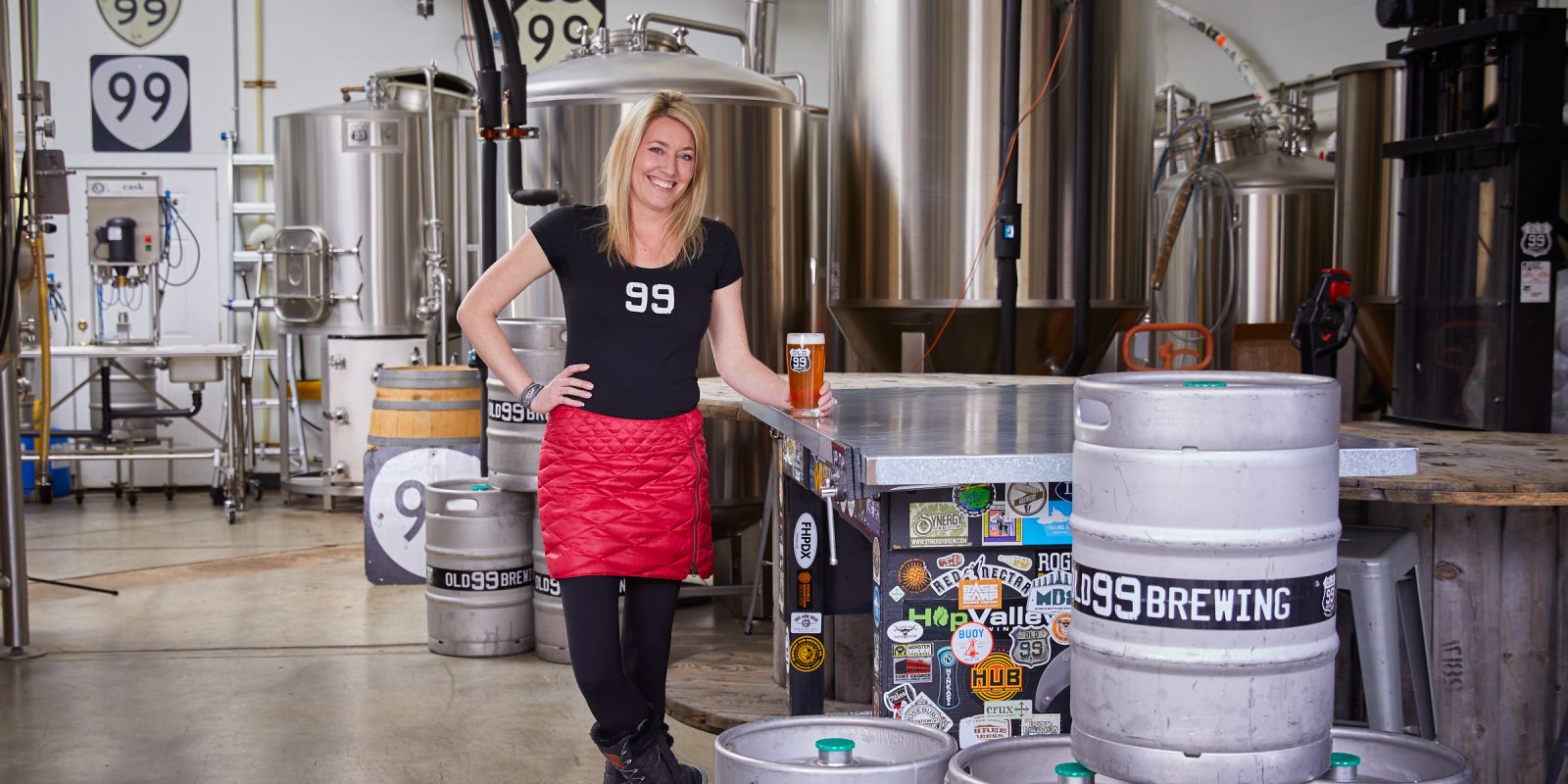 Hard work and dedication are what make Old 99 Brewing Co. stand out. A long-time dream of three friends—Matt Hill, AJ Tuter and Bryan Ireland—this craft brewery got its start in a Roseburg garage in 2009 and became a licensed operation just four years later.

With a focus on community and a shared love of craft beer, Old 99 Brewing is constantly evolving, adapting to industry changes and growing in healthy ways. In order to sustain their flourishing business, they needed a bank that understood their goals.

“We chose Oregon Pacific Bank because it was clear that they wanted to see our small business succeed,” says Ashley Tuter, co-owner. “They have given us the opportunity to grow, which in turn helps our community in many ways. The bank is also very involved in our community—and it shows.”

Old 99 Brewing Co. counts on us for their business checking, debit cards, loan services and on-line banking. Being able to trust us for their banking needs, means they can focus on creating the perfect batch of craft beer, which is always their highest priority.

With a staff consisting of friends and family, Ashley says, they are thankful for those who have helped them thrive.

“Our journey has been one of adventure and learning,” she says. “The support we’ve received has been paramount to our success.”

In addition to being easily accessible, Ashley says they appreciate the friendliness and helpfulness of our bankers.

“Everyone is so attentive and personable. Whenever we have an issue or need something done, they are just a phone call away. Oregon Pacific is different because it’s apparent they can see the big picture. You can tell they want you to succeed because of the time and effort they put into each customer.”

Oregon Pacific Bank is honored to work with such a pioneering, community-minded company. We believe in entrepreneurs and enjoy celebrating their accomplishments.

Cheers to Old 99 Brewing—we can’t wait to taste what you’ll brew next!

Tasty, gourmet stuffed olives are Lynne Twombly’s bread and butter. So are pickled vegetables, extra virgin olive oil, balsamic vinegars and assorted housewares. These culinary must-haves make for a thriving business on Bay Street in the heart of Old Town Florence.   Owning and operating a retail shop was a new adventure for Lynne when All About Olives opened in 2011. …

Sam Miller is a dedicated man. He has been with his Eugene-based company, Apex Recycling & Disposal, since its beginning—having joined the company when he was 13 years old, working in every area of the company to gain the experience needed to one day take over for his dad. Today, he serves as owner and operator.   Also a loyal …

BRING is a bargain hunter’s, crafter’s and DIYer’s dream come true. With more than three acres of lumber, doors, windows and fixtures—all sold at low-cost—this nonprofit-based business is Eugene’s original used building center, selling over a million pounds of materials annually.   BRING, which stands for Begin Recycling In Neighborhood Groups, began with a question and an idea: If you …

Louise Shimmel is all about second chances. Working in wildlife rehabilitation and nature education, Louise Shimmel has been known as the ‘raptor person’ in Lane County for more than three decades. In addition to educating, she is passionate about mending injured birds and returning them to the wild, whenever possible.   Her dedication to birds of prey is evident in …