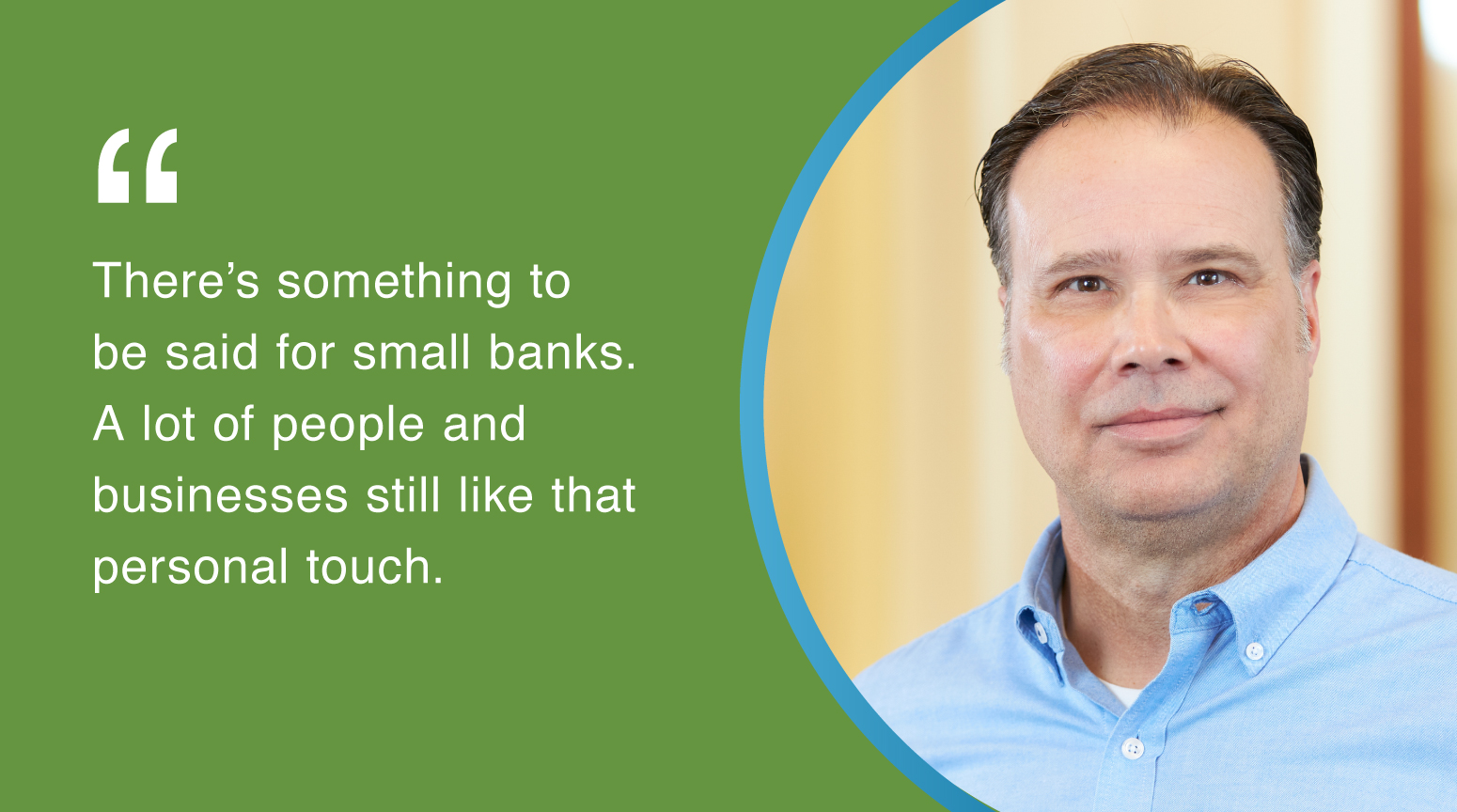 Tom Skinner joined Oregon Pacific Bank in November 2019 to aid in preparations for launching a new business-focused banking branch in Medford. The branch opened in the spring, but the timing came with some challenges.

The Medford area faced not only the pandemic, but also several devastating wildfires that struck outlying towns. The bank joined in efforts to support the community and despite the difficulties, the branch opening was successful.

At the start of the pandemic, teammates at the Medford branch worked hard to help local businesses obtain federal Paycheck Protection Program loans to keep people employed. They’ve also attracted new customers who prefer the service they get from a community bank.

“We’ve been pretty successful bringing clients here,” Tom says. “There’s something to be said for small banks. “Here, at Oregon Pacific Bank, you know the clients and they know you. A lot of people and businesses still like that personal touch.”

Tom serves as a Senior Vice President and Commercial Team Leader. He’s been in banking since 2004. It’s a second career for him, having spent 11 years in the manufacturing industry.

His wife is also in the financial services industry – they worked side by side at another bank for nearly a decade. That bank had grown over time to become a conglomerate, and decisions were no longer made at the local level, Tom says, adding “It just wasn’t for me.”

“What’s fun about being at Oregon Pacific Bank is that we can be hands-on with our customers,” he says. “As a bank, we make decisions locally. We don’t have to rely on reaching out to someone in Seattle or San Francisco and wait a day or two to get an answer. It allows us to spend a lot of time with our clients and delve into what their needs are.”

Tom enjoys living in an area he’s long considered home. He grew up in Grants Pass and graduated from Hidden Valley High School. After graduating from Indiana University, he began working in Southern California. Years later, he and his wife decided they wanted to move to Oregon to raise their son and be closer to family.

Tom appreciates living in Medford. His commute is only a few minutes, and he likes the moderate weather and the opportunity to get together with relatives. He enjoys doing projects around the house and getting out to do some sightseeing with his wife and their dogs.

They have several dogs and a cat that they’ve rescued – a cause that has long been close to his heart. They regularly take the dogs out on day trips to hit the hiking trails.

“It’s beautiful here in Southern Oregon,” he says. “You only have to drive 15 minutes at the most to find a beautiful area to explore.”

Tom has also been busy with community service work. He served as Vice Chair of the Directors Community Health Foundation at Providence Health & Services for three years and was on the Board of Directors for the Red Cross.

In addition, Tom is on the loan committee for SOREDI, Southern Oregon Regional Economic Development, Inc. The organization helps people who may not qualify for traditional financing to pursue their dreams of operating a small business.

Tom says he looks forward to getting more involved in the community as businesses return to normal operations, and he expects Medford’s OPB branch to continue to grow and serve more clients with the type of service that makes the bank special.

“Oregon Pacific Bank still has that old-school mentality,” he says. “Not everything is done over the phone. It’s a different feeling. We get things done. That’s a really nice thing to be able to show your clients.”