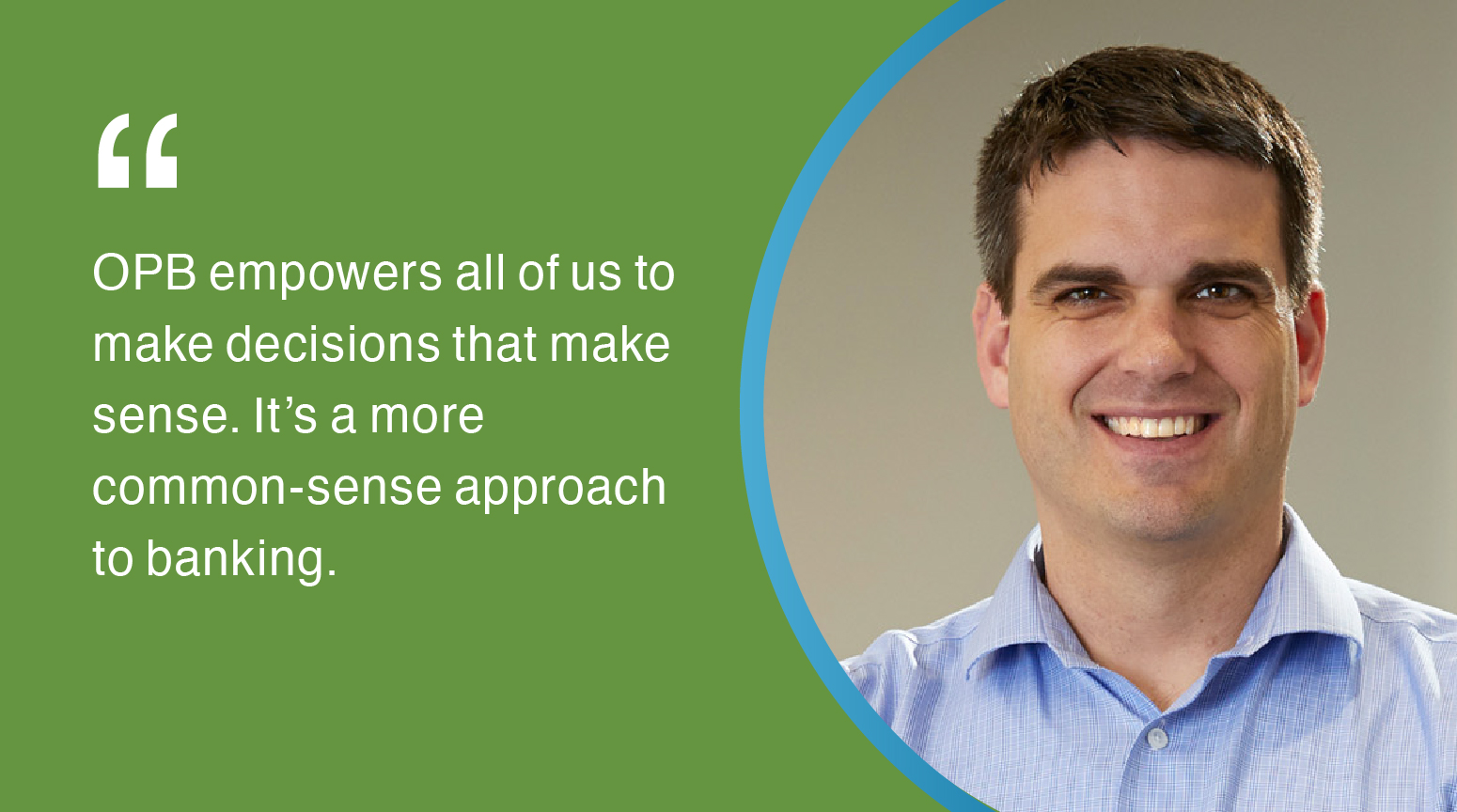 Joe Carmichael’s family has called Eugene home since his ancestors settled here, having traveled the Applegate Trail. Over the years, his relatives have served as longtime business and civic leaders in the community.

“We’ve been here a real long time,” Joe says. “Eugene’s been the spot for us.”

A Vice President and Commercial Relationship Manger at Oregon Pacific Bank in Eugene, Joe is glad to carry on his family’s tradition of being actively involved in the community. In June 2021, he was named president of the board of directors for the Eugene Family YMCA. He’s passionate about the organization and what it has meant to his family and the community over the years.

Joe’s grandmother, Ingrid Carmichael, became involved at the YMCA after she was diagnosed with a serious heart condition when she was in her 50s. She was told to begin an exercise program, so she joined the Y and kept going faithfully. The people she met there became part of the extended family. She lived nearly another 50 years until she passed in 2009.

Ingrid also served on the Y’s board of directors for 10 years, and Joe feels honored to follow in her footsteps. Like his grandmother, Joe has led an active lifestyle. He grew up running on Pre’s Trail and played baseball and golf. Hs newfound passion of late is hiking.

He also enjoys spending time with his family. With multiple generations in the Willamette Valley, he says, they have many opportunities to get together. “It seems like every weekend is someone’s birthday party,” he says. “We’re pretty tight-knit.”

Joe has worked in the banking industry since 2007 and joined Oregon Pacific Bank in 2018. He says he joined OPB because of its commitment to serving the community and its ability to make lending decisions at the local level, allowing customers to be served with more flexibility than they’re likely to find at other institutions.

“OPB empowers all of us to make decisions that make sense,” Joe says. “It’s a more common-sense approach to banking.”

At the start of the pandemic, bank employees worked hard to help clients secure funding through the federal Paycheck Protection Program. Between that and helping his children with online learning, it made for some long days, Joe recalls.

On one occasion, Joe says, he needed some information to complete an application so he phoned a client, who told him, “I’m impressed — it’s 7:30 on a Sunday and you’re giving me a call.”

Joe laughs about it a bit now, but he knew the work was important. “The days just ran on and on,” he says. “Going through a situation like that with all your co-workers, and seeing people do whatever it takes.”

They kept at it because another few hours and more phone calls could make a big difference, he says. “You were doing it because you were trying to do the right thing, knowing that your efforts could be the difference between a company succeeding or failing.”

OPB works hard to develop strong relationships with their clients, Joe says. When the time comes, they’re ready to serve. “Just talking with your banker is always a good first step.”